Like every morning he woke up to the first rays of sun. As usual, after having his morning  tea he went for the walk. As he reached near the lake,  a little pup started  messing around his legs. He picked it up, held it in his arms and embraced it. He sat by the lake and started playing with it. Faint memories of his young days started flashing. He had always loved animals.
"We had a puppy like you. Me and  Rohan used to play  along with him all the time" he muttered, gently patting its back.
The pup was running here and there, all around him. Suddenly it disappeared into the bushes and he couldn't find it.
He decided to wait there for some more time. Flashes of fond memories of young him and
Rohan started hovering. He wished to go back in time. But...
But things have changed. Now, he was an old man, who doesn't need to get up on time anymore, doesn't have to drop his son to school, doesn't have to rush to office, doesn't have to adjust his tie after every ten minutes to ensure  that he is looking perfect at every part of the day.
He was just an old man who was abandoned by his son, that old man who had no desire to live anymore, after the demisal of his loving  wife.

He took out his phone and dialed Rohan's number
"Happy deepwali, son. When are you coming to meet me?" he asked

Tears started rolling down his eyes. He was experiencing extreme pain and sorrow . He wanted to curse someone, but to whom?
He accepted loneliness as his friendly foe.

Suddenly, a child  held his hand. He could feel the same tenderness again. This was not a new feeling to him, yet purely refreshing. The teary face boomed with a smile.

"We are making rangoli there, will you come with me?" the child asked
He nodded, happily.

Maybe he is not that old yet.

Why I am grateful to my mentor, Steve jobs.

Tea aka chai as we Indians prefer to call it is our dearest.. 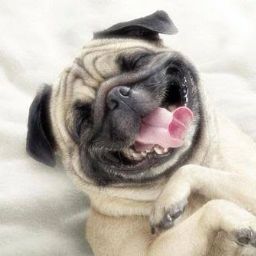 If we Google the term beauty results will include different..

The girl from the hills

Shenbsp had carefully packed all her things tomorrow was a big..