It was just a casual journey . I was travelling from my home town to Banglore to drop my Aunt home . It was to be a boring 21 Hour journey . I tried to evade this task a lot but mom with her usual tact convinced me with fake promises. As it was an adhoc plan i got the blessed opportunity to travel by Sleeper Class which many could just dream of .

Minutes passed as we borded the train yet it seemed like ages . I dont know why the journey just gave me the same experience of reading my course books not because i had a lot to learn , it was just because i didnt get to know when I slept. So the heated noon breeze woke me up . I was just sitting helplessly watching all the cheos and drama. Samosawalas , chaiwalas , bangles and what all for sale . Beggers of different ages and Trans peoples .

All of sudden a middle aged lady beggar with a baby in arms enters asking for alms . Some gave coins some banana, biscuites , etc and eventually reached us . I was about to give here some coins fetching it from my pocket when i heard my aunt ask that begger "Are You Pariniti ? " . The Begger Looked Puzzled and nodded her head in denial and walked off . My Aunt later had gone to ue the washroom and it was taking her a while to come back so i went to check her out and i could see her chatting with that lady begger in the train passage . When she saw me , she called me near her and introduced me to the begger " This is Pariniti Aunty" I felt like the ground slipping under my feet . I mean I was litrally being introduced to a Begger . If i had chullu bhar pani , I would liked to have commited suicide there and then itself . Aunt told me that there were MBA classmates . The Begger lady asked me " So what do you do Son ?" . First thing i couldnt gulp down was she was an MBA . Secondly a begger asking me about my whereabouts in english , i just blurred out "I just now completed my Post Graduation " She replied " Oh Nice ! So what are you planning to do next ? MBA like your Aunt ?" . I wanted to answer 'If taking MBA degree would make me get a job like you , I would rather dont waste my money on that ' but stayed calm and just smiled looking at aunt . Our station was about to arrive . We briskly packed out luggage and were ready to get down . Suddently the begger Lady asked my Aunt if they could meet in the evening as there is a lot to Talk . Aunt Replied in affirmation and sait they could catchup at the coffeeshop to which she agreed . She told that she too lived nearby the same station and we just parted .

After getting fresh i was about had a full packed lunch and Aunty asked me if i was gonna accompany her to the coffee shop. I repied " No" she insisted . I knew she was going to meet that beggar lady. So i hesitated a lot but later agreed . So we reached the coffeeshop and was waiting for the guest of evening "The Beggar Lady". And finally she arrived. A middle aged lady beautiful looks and dressed with elegance. She reached our table and said "Hello guys! " My jaw dropped.  Wtf !! Is this the very lady beggar  we met in the train today?  No ways this aint the lady we met in the morning ! I stood surprised.  Aunt enquired about her baby to which she replied that it was not her baby. She said she had rented it from a nearby brothel for Rs.400 a day. She was calm saying that . "People rent kids for begging " in a fumbling tone i asked to which she replied "Sympathy towards kid gets more alms so she often rents kids " . I stood numb. "There are many otherplaces that rent kids too, its all part of this business " . So this is a kind of business i understood. Aunt asked her about her family.She told that her hubby was an accountant in a local firm. Her son is studying nano technology in Amity University . Her daughter was in IIT. I stood surprised. Engineers IITans are children of this begger. Woah.She told us that her hubby just earns around 20k barely which is not sufficient for a family to survive in Bangalore. So she resorted to begging still she is happy with that .

Coffee came. I sipped it slowly coz i was already on the verge of a panic attack with all that she had just spilled out.  She told that her daughter was at home coz she is unwell . My Aunt said " Our country's climate is turning out to be way unpredictable, children and even adults fall easily ill " To which she replied "Oh yeah! But i think shayad usse Paris ka pani suit nahi kiya." The coffee sip just spilled back into the mug from mouth and blurred "Paris!!! ". Things like kya fek rahi he yeh aurat., jhooti kahiki and all running throughout my mind. She simply replied "Yeah lemme show you some pics" She took out her clutches , a gucci 1st copy i suppose and took out an Iphone7 . Silently i somehow pulled back the oppo i had kept on display on the table and tucked it deep inside my jeans. Eiffel Tower, Notre Damn de, Disneyland and where all her family pics filled the phone memory i suppose.  She wasn't lying. She told that last May they had been to Dubai too and usually plan trips every 6months. Hearing all this i was of the feeling that may be I'm adopted and so my parents dont love me.

Convo was getting interesting and we ordered Muffins. Aunt asked why didn't she being an MBA take a professional job to which she replied that she had tried some but could not make the most of it so one of her friends uncle a politician told her about this and she gave it a try and soon mastered the art. Wow begging is an Art now i laughed inside my mind. She told that there are various associations inside them and entry through it is not very easy like u just dont get up and become a beggar. There are many hurdles to it too. Specific target areas are allotted. A specific part of the daily collection goes to the area manager of the beggers in that locality. Their happenings and local connection and routine. I just anxiously kept listening like i was hearing a story. Even they get protection from local goons too so things are calm usually . Just greedy people mess up things else everything goes fine.

The detailing of facts were making a priceless talk when she just told that usually she earns around 70k-1.2L per month !!! My eyes as well as my aunt's eyes widened as if the gonna topple down . Like 70k-1.2L per month i.e around a 14L package !! Aunt confirmed " Are You Kidding !!! Like so much ?" to which she said " I just told on an Average but mostly its around or beyond those figures . " I just felt like I was doing life wrong . Felt like i had wasted 20+ yrs of my life and should have had took this up as a profession on my childhood days itself .

It's was getting late so we decided to part,  we paid the bill and stepped out of the cafe. Pariniti enquired about how are we planning to going back to which aunt replied "Auto".She told she will drop us to which we reluctantly agreed. She then drove in a Hyundai Creta right near us and asked us to hop in. Our drop location was just minutes apart and the journey stayed brief . She dropped us home, we bid goodbye to each other and she drove just off. Me and aunt could just couldnt get over the fact of what we had heard and seen . She was a diary of Memories and Experiences to share .

3 Diseases and you are the Doctor, Let’s cure them all.

Lets be together once again

Walking Through the busy street I stare at every strangers face.. 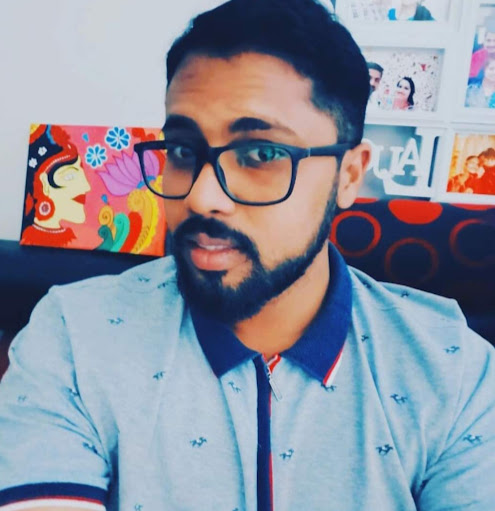 Each day is a new begining An awekening from the yesterday Sweet..