I remember, back in my early teens, i was fascinated by this movie "Swadesh"! what i loved about it was how one NRI is giving us moral lessons on Poverty, illiteracy and inclusive growth. I am 28 now, and every-time i see the same movie now, i really feel sad! The tagline " We the People" Which i once thought in my childhood as an empowering one, is basically the reason where we are going wrong as a country.

So everyday in our newspapers we will find blame game! Entire country seems like blaming each other for own fault. We blame about the Government being lethargic, the system being corrupt and the citizens lacking moral values to run our society wisely. But who is the system? Who are these corrupt politicians, uncompromising bureaucrats and Law defying citizens, we only! let me tell you some hardcore facts about India in 2017 . India ranks 79th in World corruption index, 130 in ease of Business index, 66 in World crime Index and again 66th in Rule of land index with poor ratings in civil justice, order and security. Now if you people think putting 20 able individuals in higher ranks will solve all these problems, you are wrong.

Ask a country like Japan, how did they bounce back from Hiroshima and Nagasaki bombings or ask a country like UAE how they transformed themselves from just a pile of sand to one of the most costliest and lavish places on Earth, you will find a common answer. Citizen contribution. In japan every citizen follows principles of " Kaizen" which means everyday should be a new learning. Japanese are pioneers in invention and growth today. A small country like Portugal is slowly becoming a hub of entrepreneurship! So dont we have  resources? Dont we have a rich cultural history of diversity and national integration! Off-course we have! What we lack? Mind set! And trust me people, for the right mindset, you really dont need education! Phogat sisters became wrestlers only because their father changed his own mindset, a girl like Dipa Karmakar, coming from North East stood 4th in Gymnastics in Olympics, only because of mindset, a person like  APJ Abdul Kalam Azad, who defied poverty and illiteracy, to became the President of India is only because of mindset, and a guy like Virat Kohli who has the world record of 92 average in successful chases is also mindset only. " We The People" are only as good as our mindset, India will surely be the most resourceful nation someday if we have the right mindset. Rest everything as the movie says " Development is when your heart tells your mind you are on the right path"! Let us all seek the right path and show the World true essence of being an Indian citizen.

Book Review - Looking For The Rainbow 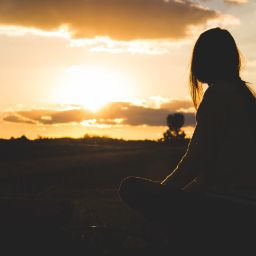