From the genesis, we have known Maharaja Shivaji as the man of valor and we all heard the stories of his bravery. His love for his motherland is not something one can juxtapose with contemporary patriotism. To be precise he was more contemporary than we all are. He was more generous and his heart was filled with compassion and affection towards his loved ones than what we know.

It's the time when Afzal Khan, a general under Bijapur Sultanate is marching ahead with the largest army he could ever have with his atrocious mission to take down Shivaji, who is also waiting for timeliness to take forward the ideology of Swarajya

in Pratapgad. He then receives a summons from Rajgad, where his wife Saibai is sick and is on her death bed.

Shivaji, without a second thought, rushes to Rajgad. His heart pumped up with pain and fear.

He meets Jijabai, already in tears says " I am willing to give my life for her - If only she would get better". Shivaji replies still with a heavy heart "Maa saheb, control yourself. If such wishes could be granted, then I would give up my life for Saibai. But the Lord moves in mysterious ways."

Saibai asked, ‘What did the physician say?’

‘He said there is nothing to worry.’

Saibai gave a weak smile and said, ‘He is right. Now there is nothing more to worry about!’

Shivaji could not hold back his tears now and exclaimed, ‘Sai!’

‘I know everything—we would not have been left alone otherwise. I don’t want to say goodbye with tears in our eyes. I want to see you smile.’

‘Sai, we have just begun the consolidation of our Swaraj. Do you not want to see my dreams being fulfilled? There is a lot of work to do and I need you here.’

‘I never wait to see the end, do I? Even when we played chess, you always complained that I would get up halfway through. I am leaving this world similarly. I could not feed my child my milk, I could not give him my love. I feel that I have not been able to do anything properly.’

‘I am worried Shambhu will be orphaned. Take care of him because he now has no one but you. You are both his mother and his father.’

Shivaji’s tears continued unabashed. He said, ‘Sai, I promise you, I will love him with all my life.’ Raje covered his face with his hands and was unable to breathe. He heard Sai’s soft voice ask, ‘Won’t you look at me once?’

Sai’s voice sounded strange and Shivaji removed his hands to look at her. A smile played on her lips and the next moment, her neck went limp. The light had gone out of her eyes. He gently closed her eyes. She was in her eternal sleep now.

The very line "won't you look at me once?" has broken me down into infinite pieces, while reading it. The pain of Shivaji at the very moment is indelible.

Few days after Saibai's death, Shivaji experiences and grieves for his lifetime. He felt the presence of Saibai in his room many times. He knows she is watching him. On one such an evening when he feels appearances of Shivaji with an undertone utters these words,‘Sai! Don’t you believe me? I know you are worried about Shambhu and I know I could not make you a part of my life for very long. But I assure you that my promise will never be broken. Please believe me.’

The breeze stopped and the tinkling of the anklets faded away. There was pin-drop silence in the room and the curtains did not move anymore. Raje rested his forehead on the pillar and said, ‘Sai, it is not Shambhu who is orphaned—it is I!’

Such is the love of Shivaji Maharaj, where his words pour life to emotions.

Source of the above snippet:  Shivaji - The Great Maratha by Ranjit Desai translated by Vikrant Pande 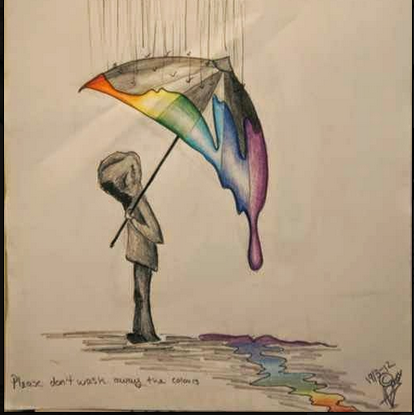