In an eon of world video game tournaments, the video game industry thrives on to soon surpass other industries. Amidst the COVID 19 crisis, while a majority of enterprises are dwindling, the video game industry manifested a sharp acceleration of 35% to its growth in April 2020. The fervor of video games has started influencing the norms of children and youth, especially. However, the stimulating games played to revamp the dreary lives, have a side as vile as Sisyphus’ actions. Behind the beguiling video game industry’s facade of ostentatious high-resolution graphics, immaculate characters, flamboyant character moves, and exuberant features enshroud nefarious sexism and labor exploitation.

Crunch, an onerous practice where the companies impel workers to volunteer to endeavor for grueling months of mostly unremunerated overtime to adhere to launch deadlines, is omnipresent. Often, layoffs supersede it. Reckoning to the existing formidable, encumbering labor requirements is sexism. Countless women have hitherto attested about the disdainful practice of hiring female candidates exclusively to serve as eye candy for condescending officials. The perpetual sexual harassment is normalized.

Besides being paid low, only 11% of developers report being paid overtime during crunch. The quality of life of these economically wretched employees, where they relentlessly work for 16+ strenuous hours daily, every so often unable to return home, is exceedingly distressing. In addition to burnouts and agonizing mental illnesses as severe as PTSD, they suffer from physical wear offs, causing blood coughs. In many companies, crunch usually continues for 3-4 months, but due to the micro transactional model adopted by major companies, crunch is endless for their workers. For the model to be lucrative, developers are required to keep on adding new features to keep gamers pleased. Otherwise, as ratings drop, companies expel developers. It is critical to highlight that demands for faster upgrades have made crunch more severe.

Alongside the gruesome crunch tradition, many companies have been audacious of routinely carrying out layoffs, a maneuver of unforeseen workforce reduction, with no severance to magnify their profits. The colossal transformation often involves laying off more than 300 people. Several leading video game franchises of games such as Red Redemption and Fortnite have been derelict of such malpractices. Moreover, often a subterfuge is conspired where crunch precedes layoffs. This implies, following a tedious phase of crunch, employees are rendered jobless for increasing profits of the world’s fastest-growing industry.

While 45% of gamers are female, women gamers who stream online are labelled “camwhores”. Such sexism prevails behind the bewitching graphics too. As the stigma that women are inept continues, several companies employ women for their feminine wiles, undermining their proficiency. As a result, women workers are not even 30% of the industry workforce, are paid less than men, and are vilified. A report by Kotaku unveiled the "bro- culture" in Riot. Gender prejudice in promotions was unjustly justified there. Women were regularly daunted and sexually harassed by men. The company even had a list of women employees the seniors wanted to sleep with. Kotaku also revealed how a company senior farted on someone’s face in case of the absence of women in meetings. Following the report, the person was suspended merely for two months.

The sexual harassment within the industry came in the spotlight during the #Metoo Movement, revealing the everlasting spiral of fear of abuse and ramifications of complaining females experienced. Predictably, the male fraternity showered the victims with harsh, misogynistic words, demonstrating how much their male ego was disgruntled to see women speak. One such case is of Zoë Quinn. Quinn, a game developer, had alleged harassment by her former coworker Alec Holowka on her social media, following it, other victims spoke out too. Holowka’s colleagues found the allegations probable. As the post went viral, Holowka committed suicide due to his inability to cope. His family acknowledged his wrongs and appealed not to malign the victims, yet the tormentors ignored the misery of victims of abuse and blamed Quinn for Holowaka’s suicide, thereby holding men’s sufferings superior. Quinn had to ultimately delete her Twitter account due to vituperative harassment and threats and the allegations.

In 2004  an exasperated wife of a developer in EA Incorporation took upon social media anonymously to scorn the concealed, iniquitous irony behind video games, where a populace provides a multitude equanimity at their wellbeing’s cost. Previously, those outside the industry might have hardly imagined that the gaudy world of games was only a facade under which, despicable felony dominated the ostentatious video game industry. The post attracted considerable media attention, pushing the video game industry to adopt solemn measures to end the condemnable onslaught of human rights. Since then, the quality of life has barely improved. Leaving jobs is inefficacious since a plethora of bona fide applicants are available to fill in vacancies. The insouciance of several gamers and lack of unionization among developers make the onslaught further incorrigible. Though a few (U.S. based) unions like Game Workers Unite are working, global unionization is non-existent.

To conclude, it is evident that the effects of capitalism on working conditions Marx warned against have besmirched the gaming industry in unscrupulous forms like crunch, layoffs, and sexism, where companies take undue advantage of the passion of game developers. Nonetheless, a large number of workers have gone on strikes against the transgression hitherto, and in January this year, CWA introduced CODE (Campaign to Organize Digital Employees), aiming at unionizing. Furthermore, journalists of gaming websites like Kotaku and Gamasutra have taken upon their shoulders to bring the company giants under check. Although the recent global pandemic has conspicuously impeded unionization, the good news is, the anguish of victims is being expressed and acknowledged. If gamers subdue their parochial attitude by a sense of responsibility, giving attention to the background of their games, the working conditions might suggestively ameliorate in the days to come. For now, it is too soon to deduce the effectiveness of this ongoing scramble against labor exploitation and sexism.

Engineering - What it really means 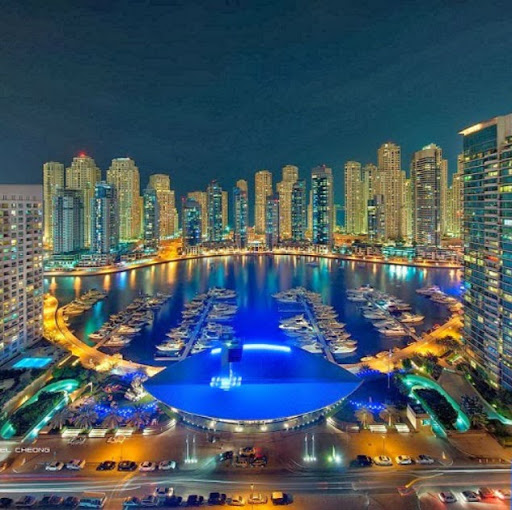