THE POWER PLAY OF MEDIA IN POLITICS

THE POWER-PLAY OF MEDIA IN POLITICS

When Malcolm X, an African American leader in the civil rights movement, said that Ã¢The media's the most powerful entity on earth. They have the power to make the innocent guilty and to make the guilty innocent, and that's power. Because they control the minds of the massesÃ¢, little did he realize that his thoughts from the 1950s, would resonate with us in the present scenario.

The word Ã¢mediaÃ¢ has its etymological origins in the word Ã¢mediumÃ¢, denoting mode or carrier. The word came to be used in the 1900s when it was synonymous with predominantly, the print media consisting of newspapers, magazines and books and other instruments such as film and sound recordings, radio and television news shows. All these formats ante cede the age of the Internet which made a major onslaught in the late 1990s and how! While the old formats continue to survive all storms, they are not invincible as it was once thought.

The new media, with an array of offerings in the form of websites and blogs, live streaming of videos, social media and sharing platforms, mobile apps, and virtual reality environments powered by artificial intelligence and big data, pervade our lives today. These platforms broadcast information and news directly to the targeted recipient without impinging on editorial teams of old media and as such relaying news takes place in micro-seconds.

Even so, one can safely say that there is still a generational divide between the users of legacy and new media. A sexagenarian gentleman still prefers his crisp newspaper over his morning cuppa whereas a young executive who values his time over everything else, scrolls through his social media feed for the latest happenings.

The Key role of media in politics:

The fundamental role of media is to educate general society, furnishing them with such information as to settle on mindful choices about administration and policy matters. The media can be seen as custodians of the public, scrutinizing government actions. They establish a podium for open conversation of issues, and provide a gathering to political articulation. Thus, media is the most powerful structure that incorporates the capacities of our communities by dispassionately circulating all manners of data and suppositions.

The emergence of new media in India:

While the new media arrived in the world in the 1990s, it mainly took centre stage in the General Elections of 2014, when the BJP strategists used Twitter feeds and Facebook to engage with voters in an effective manner. Narendra Modi had more than 15 million likes on Facebook and was the 6th most followed world leader on Twitter. They also got Modi closer home to people by introducing Hologram technology which added the entertainment aspect to an otherwise mundane form of election campaign.

Not to be left far behind, AAP which marked an impressive start in the 2014 elections, upped its ante in the 2015 Delhi elections. Armed with young tech-savvy volunteers working in the IT space, they worked with dedication to increase the number of its online political aficionados garnering staggering likes on Facebook and Twitter, recalls AAPÃ¢s social media coordinator Ankit Lal.

Thus, the new media came to be utilised for encouraging the youth to vote, to convert an apolitical citizen into one who breathes politics, provide a platform like Twitter and Facebook which allows for direct interaction with politicians in a way that our late Minister for External Affairs, Mrs.Sushama Swaraj did, while helping out needy Indian citizens in other countries. It also has the potential to garner support for protests, all within few hours.

A discussion on media would be rendered meaningless today without a mention on investigative journalism. Media houses have been infamous for their nexus with a particular political party and as such, there are cases galore where they indulge in investigative journalism, furthering the cause of democracy. Sting operations and exposÃ©s routinely take place assuming the role of the Messiah, even before Investigation agencies use their expertise.

The HinduÃ¢s exposÃ© on Bofors Arms Deal rocked the country in 1987, when it was the first instance in Indian politics that corruption turned into a huge issue and in the subsequent LS elections in 1989, Rajiv Gandhi was shown the door due to intense public fury.

TehelkaÃ¢s (meaning : sensation) Defence Deal Scandal of 2001, in a sting operation, filmed recordings of government officials accepting prostitutes and bribes in a fake arms deal, causing the resignations of the then Defence Minister and two party presidents of the ruling parties.

Thus, the advent of new media has resulted in politicians and leaders, being more responsible for their actions and utterances in public life and on social media, which has clinched the ability to make or break personalities. A brash and seemingly irresponsible statement by a leader has the potential to write the political demise of not just the leader but an entire political party to fade into oblivion.

Media has been sucked into the vortex of mouthpiece journalism in the form of newspapers affiliated to political parties and now many a media house is owned by various political parties. The rationale behind this being, the urge to control public opinion and sway opinion-makers in their favour.

When Lokmanya Bal Gangadhar Tilak, started his newspaper Kesari, it was done to invoke nationalism for the Indian freedom struggle and actively propagated the cause of national freedom.

Cut to 1938, National Herald, founded by Jawaharlal Nehru, was a tool to win independence, and is said to be a mouthpiece of the Congress party. It is now embroiled in a corruption scam over its property deals.

Much in the fray of mouthpiece journalism, is the newspaper that Balasahab Thackeray, the founder of Shiv Sena started; Saamna, to publish news about Shiv Sena, thereby turning it into a party mouthpiece. Famous for the use of provocative language and incendiary views about the ruling party as well as its allies, Saamna is known for its trademark repulsive style of writing.

The rise of cases of fake news borders on yellow journalism, wherein exaggerations of events and sensationalism routinely take place. While it is generally considered unethical across all media sections, it hinges on peopleÃ¢s pre-existing views and opinions about political leaders and parties. In the age of Ã¢Viral mediaÃ¢, audiences play the role of active carriers and spread content across various platforms. Simply put, something goes viral, many people discuss it. This has become the cornerstone for the burgeoning factories of fake news. Add to this, is the fact that search engines are paid to lead users to such websites that further the agenda of a particular political party. Journalists, opinion makers and influencers are rewarded handsomely to write false information and spread it under the pretext of FoE, Freedom of Expression.

President Trump and PM Modi lament on the rise of fake news, much to their chagrin. PM Modi calls it the rise of the Ã¢eco-systemÃ¢ which has to its credit much of the damage to his reputation on both the personal as well as public forums.

This phenomenon has given rise to yet another booming industry of fact-checkers. They claim to verify facts and news to determine their veracity and authenticity. How reliable are they? This activity usually takes place post hoc, which means much damage is already caused due to the viral nature of the fake news item and is generally irreversible.

Boom, founded by Govind Ethiraj, and Alt News, founded by Pratik Sinha, are some of the frontline armies of fact-checkers in India, who claim to scrutinize the fake news. However, it has been amply observed that such organisations enjoy the financial backing of the political parties who fund their activities as a part of the ORM (Online Reputation Management) and to demolish claims by the opposition and promote their own agenda.

Thus, the Article 19(1) of the Indian Constitution which guarantees freedom of speech and expression to its citizens, is invariably violated and a legal recourse to this is usually construed as time-consuming and costly. Hence, media plays the role of disseminating the truth-twisters quite unabashedly.

Artificial Intelligence is essentially allowing technology to imitate human intelligence with the use of machines which are programmed to think like humans do and impersonate their actions.

Media houses make use of bots and automated software using AI and data analytics to fan out news items to specific audiences only. Twitter uses AI to recommend tweets and handles based on user preferences using Natural Language Processing (NLP). That said, it remains to be seen how AI will be channelized to make a positive impact on social media. Used productively, it has the capability to eliminate fake news and have a constructive bearing on politics.

The New media has clearly leveraged itself over the legacy media in ways that are unfathomable with potential for information to reach the most apolitical citizen. The new media has created new goalposts for the general public to interface with the government and further the progress of political information. Routine obscurities have become the norm for media houses. Media trials and investigative journalism under the guise of digital activism have eroded the trust of many a people, who view the current sources of information with utter disdain. Audiences are left to fend for themselves in order to be able to differentiate between fake and real news and disregard what is plain trivial.

Engineering - What it really means 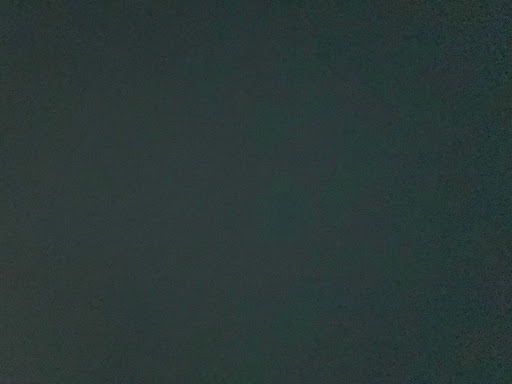